About The Hip Clinic

The Hip Clinic specializes in non-invasive, arthroscopic hip surgery and is led by Dr. Johnson who founded the Hip Clinic in 2017. He has completed more than 1,000 arthroscopic and complete hip labral reconstructions. The mission of the clinic is to properly diagnose and treat hip disorders for the purpose of hip preservation. Dr. Johnson is active in the development of new hip products and performs consulting work teaching surgeons from across the country innovative hip procedures. 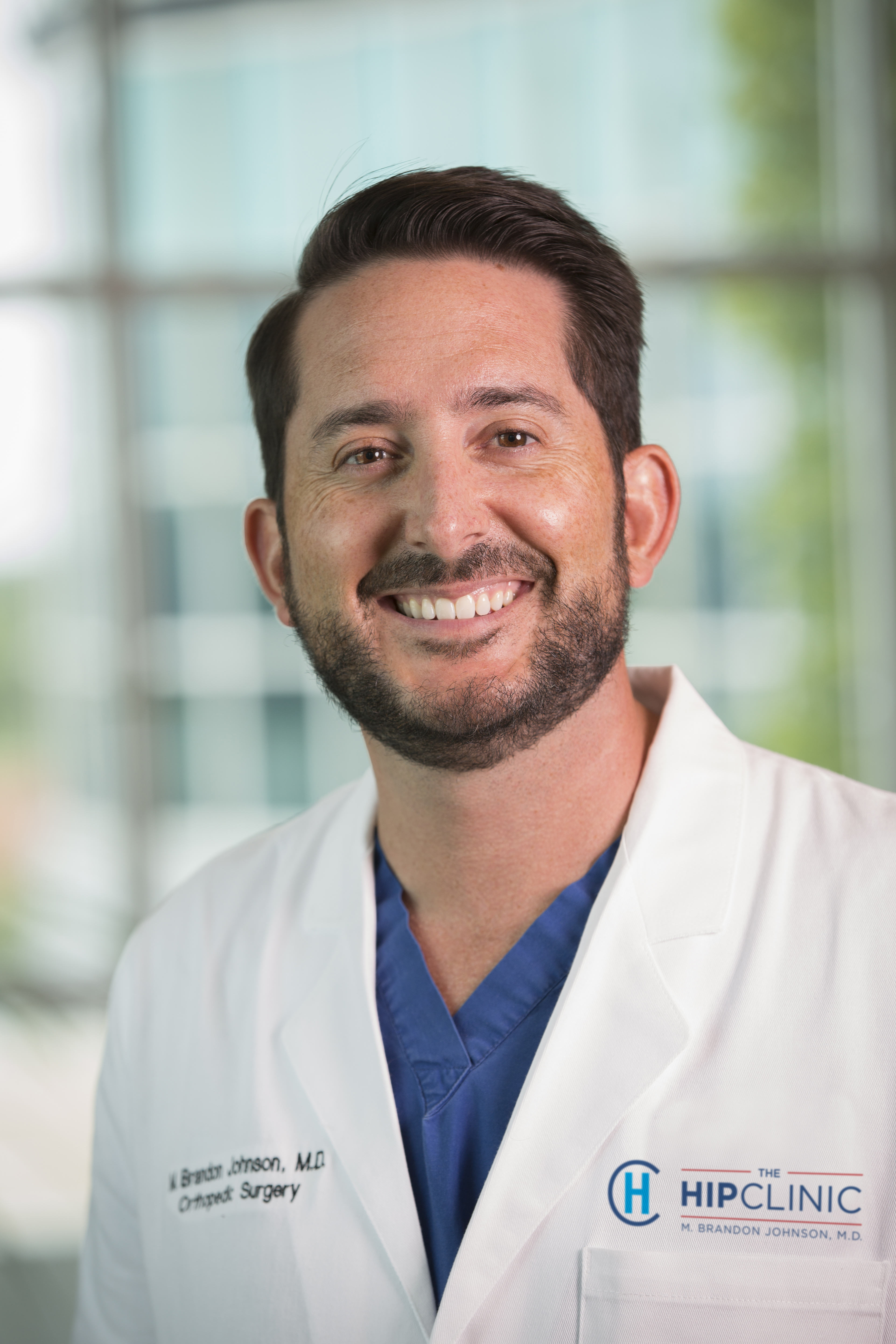 Dr. Brandon Johnson, a board-certified Oklahoma orthopedic surgeon specializing in sports medicine surgery and care.  Dr. Johnson is a fellowship trained sports medicine and arthroscopic surgery expert. A native Oklahoman, he received specialty training at the renowned Santa Monica Orthopedic and Sports Medicine Group. His education focused on minimally invasive hip, knee and shoulder preservation. He has extensive experience in hip preservation surgery. Dr. Johnson’s goal to make sure all of his patients from elite athletes to high school players receive the care they need to not just return to play, but to perform better than they did before. 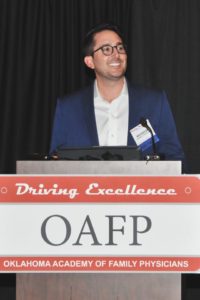 In his spare time Dr. Johnson loves spending time with his wife Ashley, you might recognize her at the office, and their dog Chubby. They love traveling, snowboarding and anything on the water. Dr. Johnson personally enjoys fishing, wake surfing, traveling to new places, running, rooting for the Sooners and Thunder. Dr. Johnson loves his profession, lives an active lifestyle and relates to his patients on a personal level. “Hip preservation is difficult work and I love immersing myself in attempting to master the skill.” No one likes to be sidelined, and Dr. Johnson loves helping his patients get back to living a healthy active life.

University of Oklahoma College of Medicine

American Board of Orthopaedic Surgery 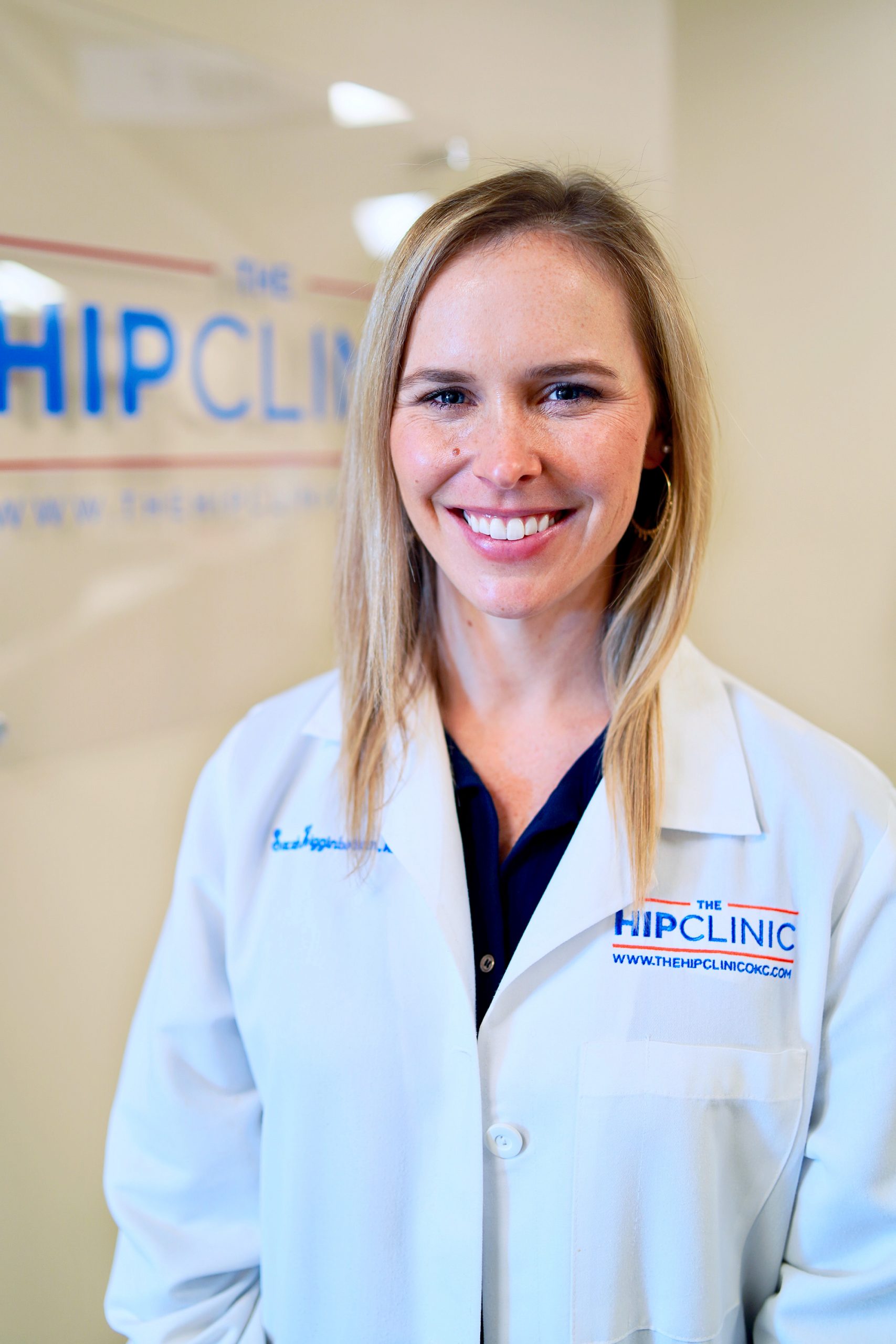 Sarah Higginbotham is a credentialed family nurse practitioner who has specialized in hip pathology and the orthopedic treatment of hip injuries at The Hip Clinic since 2018. She received an undergraduate degree in Nutritional Sciences from Oklahoma State University in 2012 and then completed her Bachelor of Science in Nursing at the University of Oklahoma in 2013. Despite being an alum of both OU and OSU, her loyalties belong to the Cowboys! As an RN, she worked in pediatric surgery and pediatric medicine at OU Children’s Hospital. In 2017, she earned a Master of Science degree from the University of South Alabama. She is credentialed through the American Academy of Nurse Practitioners and is a member of the Association of Oklahoma Nurse Practitioners (AONP).

Sarah is a vital part of The Hip Clinic team and sees all new patients who do not have imaging to review. She also conducts pre-operative appointments with every patient, taking the time to carefully explain their procedures, post-operative care, and rehab plans. She loves being able to form relationships with patients while educating them on their hip issues and listening to their questions and concerns. In 2020, she presented on hip pathology at the AONP Conference. She also serves as the study coordinator for Dr. Johnson’s research studies.

In her free time, Sarah enjoys spending time with her husband, Stephen, and their two dogs, Shadow and Strider. She is an avid Thunder fan and health enthusiast who spends as much time outdoors as possible. When she’s not reading a good book, you will probably catch her running around OKC!

University of Oklahoma Bachelors of Science in Nursing